The next WBKA webinar will be at 7.30pm on Thursday 29th April when Professor Gareth Wyn Jones will be talking about Climate Change.

Climate Change is a topic we focussed on in a recent edition of the Welsh Beekeeper Magazine.  It affects us all in so many ways and, as beekeepers, we are also keenly aware of its impact on our colonies, and on bees and pollinators generally.

We are therefore delighted to welcome Professor Gareth Wyn Jones to speak on the subject.

After graduating in Biochemistry and Soil Science, Gareth went on to the Universities of British Columbia, Oxford, and UC Los Angeles, before returning to Bangor. He worked for many years on soil-plant relations and plant eco-physiology, especially the mechanisms for plant adaptation to drought and salinity stress. This led to a growing and continuing interest in the sustainable welfare of the affected communities, as well as their environment.

In 1983 he was awarded a DSc by Oxford University and a personal chair by the University of Wales. With Dr Tony Chamberlain, he also established the Centre for Arid Zone Studies. In 1989 Gareth became manager, and later, chair, of the Strategic Plant Science Research Programme of the UK Department for International Affairs.

He was appointed Chief Scientist and Deputy Chief Executive for the Countryside Council for Wales on its establishment in 1991. Gareth has chaired the scientific committee of the International Centre for Agricultural Research in Dry Areas (ICARDA) in Aleppo, Syria and numerous other overseas projects and roles have benefited from his involvement.

Nearer home, Gareth has been involved in the Amlwch Industrial Heritage Trust, the Wales Rural Forum, Coed Cymru, and the Bardsey Island Trust.

He co-authored the 2010 report to Welsh Government on “Land Use and Climate Change” and, in 2019, published a book “Energy – the Great Driver: Seven Revolutions and the Challenges of Climate Change”.

Please use the link below to register for Climate Change – Professor Gareth Wyn Jones on Apr 29, 2021 7:30 PM BST:

After registering, you will receive a confirmation email containing information about joining the webinar.

Despite the dry day thus far across many parts of Wales, there is some rain in the forecast at times tonight and over the next few days into the weekend ,which will be good news for many. However, some of the rain is expected to be heavy with perhaps thunder at times.

Latest information indicates the potential for a heavier period of rain during tomorrow afternoon and evening, particularly in western areas of Wales. There may also be some showery thundery downpours during the weekend. There are no weather warnings in place at the moment.

At present any impacts are most likely going to be restricted to poor conditions on the roads with excess standing water and perhaps some flooding in a few places.

A third of British wild bees and hoverflies are in decline, according to the BBC in a new study.

If current trends continue, some species will be lost from Britain altogether. Scientists warn that the loss of nature could create problems in years to come, including the ability to grow food crops.

A worrying Article from the BBC, highlights a serious decline in flying insects. Something that beekeepers and other interested parties have observed for some time, but new evidence now appears to confirm our fears!

Use of a common pesticide in spring could have an impact on wild bumblebees by interfering with their life cycle, a UK study suggests. See here for details! 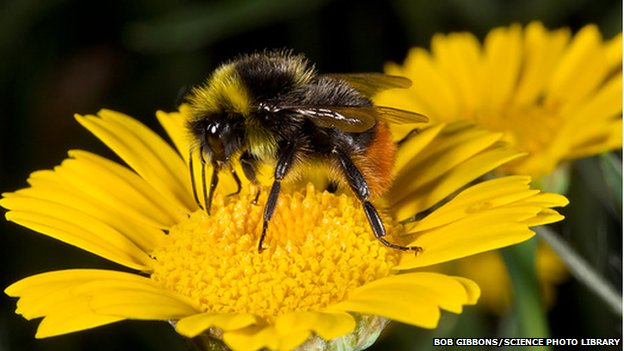